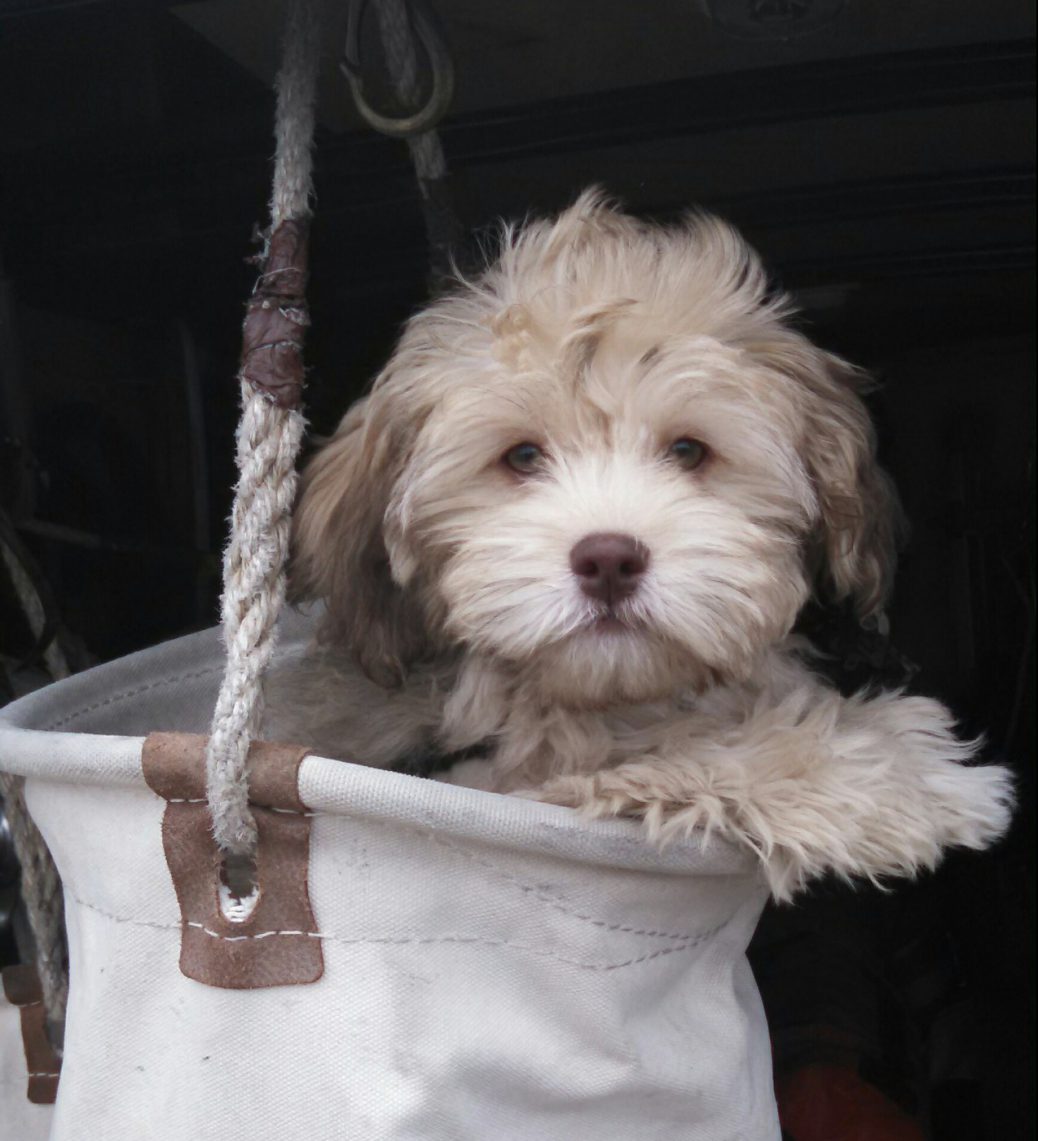 Waffles is such a cuddly little Mini Poodle & quite the little lady. Her favorite thing is to be in someone’s arms!! I never have to look far for her because she is always right with me – my sweet little happy shadow! 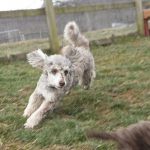 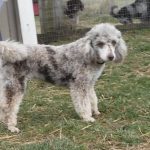 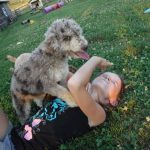 Be sure to see more about Waffles on Her Own Page & photo album!

SDP Wittle Waffles fell in love our new little Chocolate Tuxedo Havanese “Jolly Jeep”! – I mean really, who wouldn’t!! He is quite the flirt with the ladies around here! So sweet, soft & cuddly, wonderful personality, and just happy all the time! Take a look at him on his page & album. 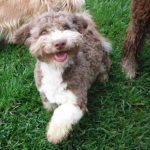 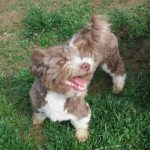 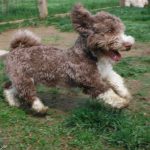 Their HavaPoo puppies are in colors of Chocolate brown, Chocolate Merle, Chocolate Parti & Tuxedo, some with Tan points (Phantom), all with Hazel-green or blue eyes!  It’s going to be quite exciting to see! Here are some examples of what we expect them to look like as adults. 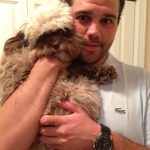 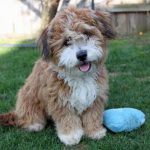 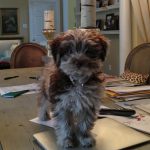 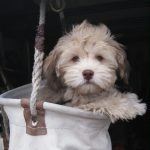 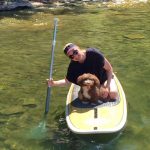 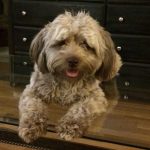 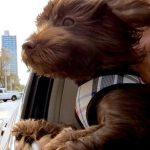 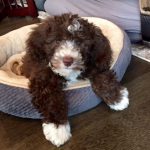 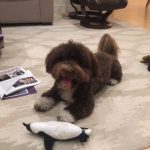 Waffles & Jeep have very beautiful, non-shedding, hypo-allergenic, and beautifully colored HavaPoo puppies with personalities that you just have to experience to believe! We are pretty excited about their puppies! Their puppies are registered with CKC. Both parents (as with all my dogs) are DNA tested & health cleared.

Breeding the HavaPoo Puppies for the “Perfect Small, yet Sturdy, Fun Family Dog”

See my photo album of Examples of the HavaPoo for more pictures of the HavaPoo puppies. I expect their puppies to be in the 12-16 pound range as adults. With the “hybrid vigor”, the offspring are not only heartier than both parents, they also are sometimes larger.

Deposits are $250 non-refundable. Total price for Waffles & Jeep’s Hava-Poo (AKA HavaNoodle) Puppies are $2500 ; $2750 for puppies with the rare merle pattern.

See my Photo Albums for TONS of pictures of Waffles, Jolly Jeep, and their past puppies. 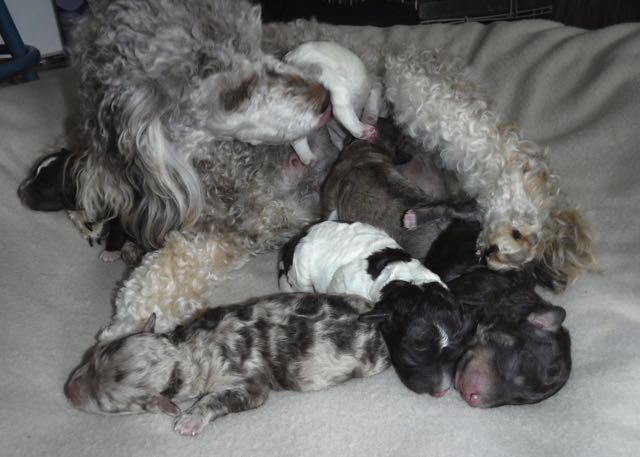 Waffles 1st Litter of HavaPoo Puppies (Newborn). These puppies are all in their new homes now.

Deposits placed for Waffles & Jolly Jeep’s next litter of HavaPoo puppies expected to be born May 6th. They will be ready to go around July 1st of 2020 at 8 weeks old:

Waffles usually has 5 – 6 puppies. The waiting list will change some when the puppies are born. Some folks may go on to wait on her next fall 2020 litter if they are not ready or there is not a puppy of their preferred color or gender available for them here. Some may get a puppy from another litter/breed altogether. Others will move up in line for choice when some pass on this litter of puppies. Almost everyone is on 2 lists with the 2nd as our back-up plan so these lists look longer than they really are. Having a deposit down will definitely hold your place in line and even if you have to wait a little, I promise it will be worth your patience! 🙂

PS. Echo’s & Waffle’s (HavaPoo) waiting lists will move along more quickly now as our 2 new BEAUTIFUL girls had their 1st litters this January! So you see, the folks on the HavaPoo waiting lists now have PLENTY of opportunity to get the right puppy of their dreams!   🙂 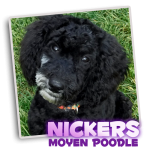 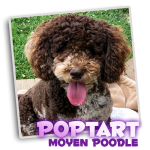 I built a new web page to help describe the colors & markings of puppies to help folks understand them better. “Puppy Colors & Markings“.