About Designer Dogs | Havapoo and Yorkipoo

“Designer Dog”?? What the heck is a designer dog you ask?? Simply put, a “designer” dog (as the media has labeled them) is a cross between two “purebred” parents. A purebred dog is one that has been selectively bred over many generations to enhance very specific genetic traits. Purebred dogs are indeed desired by many people, as the temperament and physical traits are well documented. Because many folks have very defined living conditions (small apartments, allergies, children, etc.), having a specific breed of dog (that meets those requirements) can certainly be advantageous. Basically, this sounds quite ideal… however, there are very real problems that have developed over hundreds of years of breeding within a very limited gene pool… essentially among the same “family”, if you will.

In today’s world, literally hundreds of thousands of purebred dogs are turned over to shelters and rescues… many even euthanized because they didn’t fit “the mold” of what the breed was advertised to be. Trouble is, along with those “desirable traits” may oftentimes come much less desirable genetic flaws that can become much more pronounced from generation to generation. Hip Dysplacia… eye, heart, and breathing disorders… temperament swings… cancers… premature death… all these problems have become quite common in “purebred” genetic lines as of late, and more and more people are growing tired of having their hearts (and wallets) broken by such unfortunate realities. If science has provided clear evidence strong enough to support laws here in the US that prevent citizens from marrying even cousins since the 1800’s (based on probability of pronounced genetic flaws), doesn’t it make sense to question the product of “purebred” dog breeding as well?

The reason for “Designer Dogs” now comes into sensible play. The mere term implies the obvious: the educated selection of two unrelated “pure” breeds of somewhat similar general traits to genetically “blend” together, producing what should have been the very first “desirable trait” to begin with… the probability of a pet that is happy, healthy, and much more likely to be a part of our family and hearts for as long possible! Overall, the level of care in these dogs is much lower than others… most notably at the Vet’s office, where dogs inflicted with recessive traits caused by inbreeding usually spend much to much of their time (and your hard earned dollars).

Many people have said that the term “Designer Dog” is just a fancy phrase for “Mutt”… but this is not at all true. “Mutts” are the product of indiscriminate and unplanned ancestry. “Designer Dogs” are the product of sound selection of parents with known attributes, with the purpose of producing genetic advantages over both. These dogs have documented purebred ancestry, and are recognized by the International Designer Canine Registry (IDCR), and the Continental Kennel Club (CKC).

The philosophy of this “new” type of selective breeding is becoming much more respected as of late, as more and more people are finding there really are advantages to be enjoyed by it! Over the past decade, the smaller dogs have become the most popular… in large part because there are simply more hypoallergenic and non-shedding purebred dogs to work with in that particular class. Of course, another reason is even more simply because… they’re SO gosh-darn CUTE!!!

The Beauty of Mixed Breeds

The future of purebred dogs is in serious trouble when most breeds exhibit unacceptable levels of genetic diseases and defects. According to some sources, there are over 500 genetic defects that have been catalogued in the various breeds of purebred dogs with more and more coming to light as research progresses. Some of the same factors used to create new breeds are also the very factors that have contributed to the destruction of the genetic soundness of these breeds. One of these factors is isolation, which is used to isolate the original new breed colony for the purpose of perfecting and locking in desired genetic traits. Without isolation, a new breed can never be developed.

However, if continued over a long term, isolation leads to degeneration due to genetic drift toward the “desired traits” and away from the overall genetic makeup of the breed. Closed registries by their nature promote continued isolation by requiring that all future offspring come from the mating of dogs ONLY registered in their club. Without a doubt, it is essential for the genetic soundness and vigor of purebred animals to introduce new and unrelated “blood” at various times into the bloodlines of these animals. 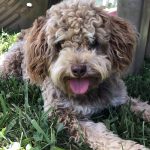 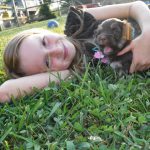 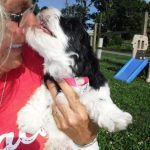 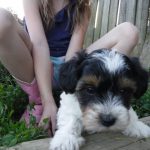 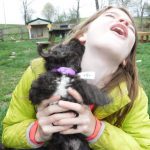 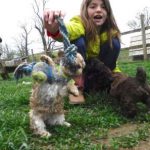 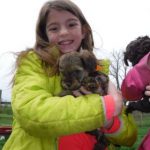 Authorities agree that modern dogs derived their ancestry through the wolf, the jackal, the fox, and the coyote. Today’s dog is entirely a product of man’s making through the crossing of these various lines and selective breeding. In fact most of our modern breeds have been developed within the last 150 years through crossbreeding.

Continental Kennel Club has a miscellaneous section for developing new breeds. CKC recognizes a cross between any two purebred dogs, and will issue a registration certificate on their offspring. These crosses are not registered as purebred dogs but are registered as the offspring of purebred dogs. The registration certificate for these crosses will show MISC followed by the two parent breeds. When we register a sufficient number of a particular cross, it will be assigned a name; for example, MISC: YORKSHIRE TERRIER / POODLE is MISC/YORKIPOO. After a name has been assigned, we encourage those breeders who are breeding this cross to form their own breed club in order to set a standard for the dogs to breed true. The dogs from these crosses will not be registered as purebred until the dogs are breeding true to standard for several generations.

The YorkiPoo, a cross that has been around for the last 25 years, is well recognized. There are also many others that are being developed around the world. By allowing the breeders the option of developing new breeds, we are promoting the breeding of better dogs.

Classifications on Misc. dogs will be changed once CKC has determined that these dogs have been breeding true for several generations, and has been approved for movement from the Misc. class to the purebred status. Future Purebred Reclassification (F.P.R.) will appear at the end of the group classification indicating the future changes.

After opening the miscellaneous section of our club, allowing for the crossing of any two purebred dogs, such as the Yorkshire Terrier to the Poodle, we started receiving very interesting information from the breeders. We started getting reports that when a Yorkshire Terrier was crossed with a Poodle, the offspring of these breeding were stronger, healthier, and less susceptible to diseases, and that more puppies were being raised per litter. When they bred the same Poodles to Poodles and the same Yorkshire Terrier to Yorkshire Terrier, their puppies were not as healthy, weaker, and more susceptible to disease, and that they raised less puppies per litter. We were receiving information of this type from almost all of the crosses, such as Poodle to Shih Tzu, Retriver to Poodle, and many others.

With this type of data being compiled, we began doing crosscheck questionnaires and gathering other information about these unusual reports. This information that is being collected in our database will be of tremendous value in the study of genetics in the future. Our information, so far, seems to indicate that when two different breeds are crossed, such as Yorkshire Terrier to Poodle, the puppies seem to be far heartier, easier to raise, and less susceptible to diseases, which is now  confirmed by top geneticist worldwide. 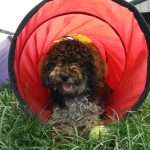 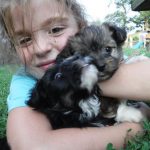 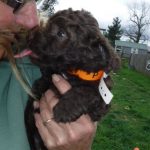 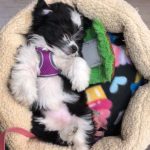 And that folks, is why I do what I do! I could raise full breeds just as easy as I could mix-breeds BUT, my goal is to raise HEALTHY puppies for you!  🙂

You can read about how I breed & raise my little ones in “The Sunny Day Puppies Difference” area of my website here:

The SDP Way of Raising Puppies

The SDP Way of Breeding Puppies